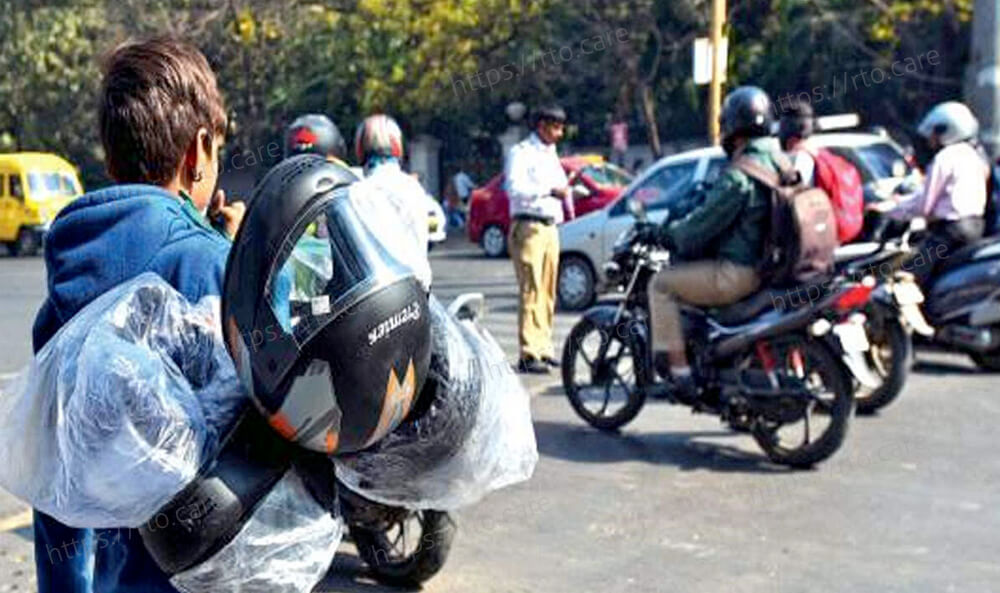 Regional Transport Office (RTO) officials enforcing the helmet mandate among city government employees appeared to have turned a blind eye to their own office near Sangam bridge, where most two-wheeler riders can be seen entering and exiting the premises without the protective headgear throughout the day.

"I didn't wear a helmet since it's so hot these days", rider who stopped by the RTO office on Wednesday. "In addition, I live close. I had no idea the helmet law applied to everyone",explained a helmetless two-wheeler

Riding a two-wheeler without a helmet is punishable by a Rs 500 fine. It has long been an offence to ride a two-wheeler without wearing a helmet. The present effort (which began about a fortnight ago) is primarily geared at penalising government employees. Having stated that, the general people who violate the mandate are also penalised. Our personnel are also examining our offices, and the drive will be stepped up, Pune's deputy RTO Sanjay Sasane said.

"With the use of CCTV cameras, we are able to identify and prosecute more people. Driving without a helmet had the highest number of cases in 2021, out of all offences. Our campaign against helmetless cyclists is ongoing", said Deputy Commissioner of Police (DCP) Rahul Shrirame.

Another officer, who did not want to be identified, stated that city riders just do not want to wear helmets. It's not only individuals who are opposing the helmet rule in the city, there are various organisations as well. This is unexpected and regrettable, he remarked.

According to experts, visible action is essential for enforcing the helmet regulation. "While traffic cops may claim that they issue challans based on CCTV evidence, there is no alternative for on-the-road and visible action. A person who gets penalised in public is seen by ten other persons. CCTV-based challans just do not have the same impact. This issue also need political support to succeed", Told Harshad Abhyankar, director of the Save Pune Traffic Movement.