Switch to India in order to leverage parent Ashok Leyland's assets for its new India facility. 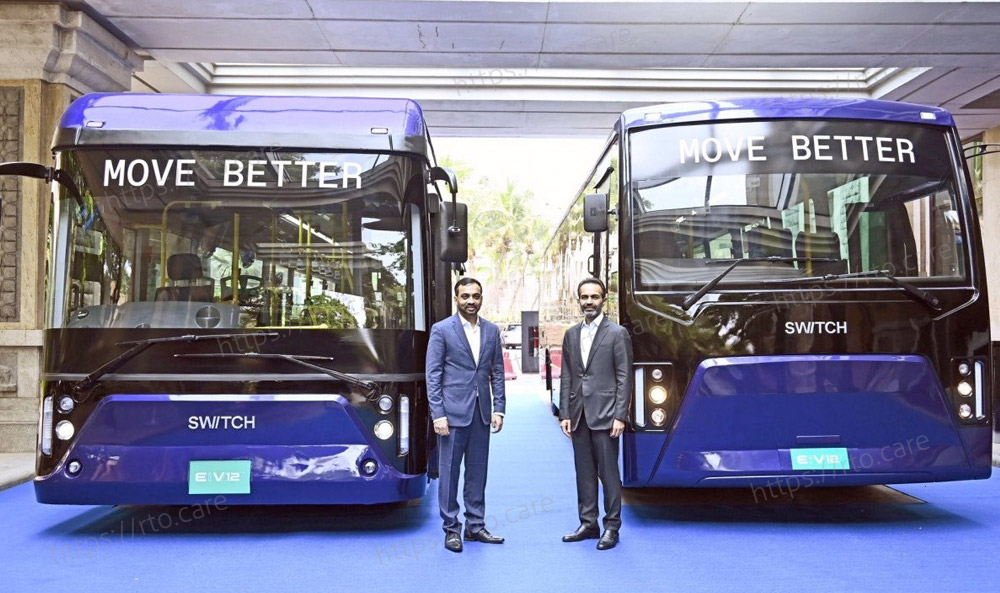 "We're consolidating synergies, so Switch will use one of Ashok Leyland's assets, land bank, or factories for its new India facility, We're looking at Hosur, Ennore, Pantnagar, and other sites around the nation where Ashok Leyland has assets," Mahesh Babu, director and Chief Executive Officer (CEO) of Switch Mobility India, stated.

Switch has already spent roughly $150 million and has another $300 million in capex planned for the next five years, according to Mahesh Babu. This money will be used to build factory capacity, create new platforms, and roll out goods in India and throughout the world.

It comes in two models: "EiV 12 low floor" and "EiV 12 standard", The business has already received orders for over 600 buses, including 300 for the Bengaluru Metropolitan Transport Corporation. Production has already begun in Ennore, and delivery will begin within a month, according to Mahesh Babu.

The EiV 12 Electric Vehicle (EV) design is similar to the newly introduced European Switch e1 bus, however the characteristics are tailored to Indian and India-like markets. Switch intends to sell this bus from its Indian facility to countries like as Sri Lanka, Bangladesh, Indonesia, Nepal, and Africa, while the United Kingdom (UK) and European centres would serve to more developed export markets.

"Our objective is to make electric goods more accessible in India, the United Kingdom, Europe, and many worldwide markets," said Dheeraj Hinduja, chairman of Switch Mobility. Because it is a scalable and flexible platform, it will give birth to a variety of goods, including additional electric buses and soon to be introduced electric light cars, according to Hinduja.

Staff transport, intra-city and inter-city transit, school buses, and tarmac vehicles will be among the markets targeted by the Switch EiV series. Switch India now employs 450 people, and staffing is projected to increase substantially over the next five years.