Pillion riders who do not wear helmets will be fined beginning today. 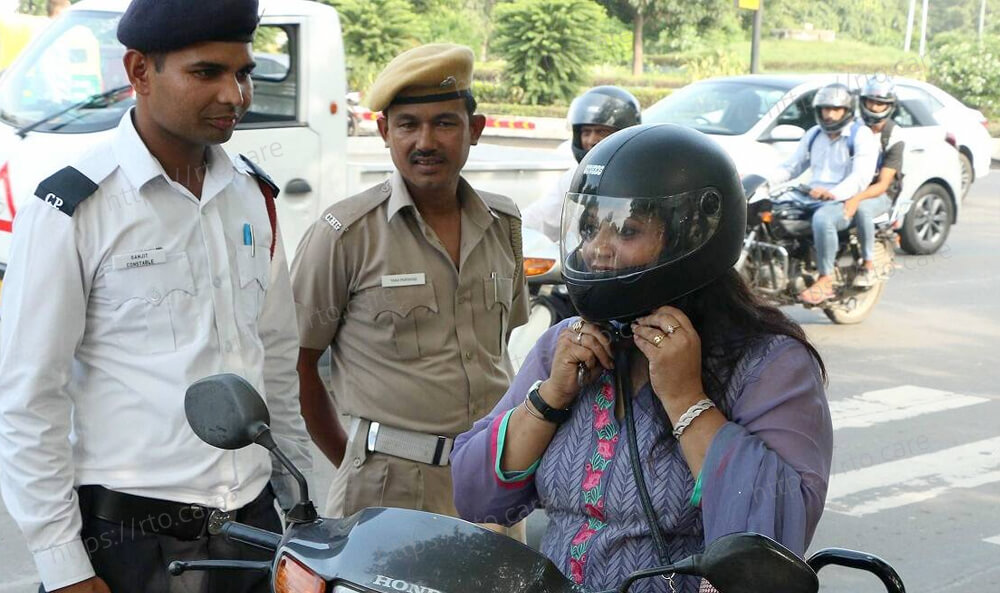 The Mumbai Traffic Police have stated that they would take action against pillion riders who do not wear helmets from Thursday. Deputy Commissioner of Police (DCP) Traffic (Central & headquarters ) Raj Tilak Roushan verified the development.

The pillion rider will be fined Rs 500 for without wearing a helmet, while the biker's driving license will be banned for three months if spotted riding without the protective equipment.

According to the police, traffic officers will also take action against motorcyclists who ride on arterial roads, including motorways, because the likelihood of an accident occurring on such thoroughfares is considerably higher than on interior roads.

On May 25, the traffic police issued a press release announcing that they will also take action against helmetless pillion riders. They further stated that many motorcycles and pillion riders in the city were not wearing helmets.

The traffic police may penalize bicyclists who ride without helmets under sections 129 (which requires the use of protective headgear) and 194D (penalty for violating section 129) of the Motor Vehicles Act, 1988.

Earlier this year, the traffic police initiated a crackdown on reckless drivers, filing hundreds of First Information Reports (FIRs) against people who were driving in the wrong way. They also penalized over 1 lakh bikers for driving without helmets and sent many to traffic school. The traffic police have also submitted hundreds of requests to the RTO, requesting that motorcycle licenses be suspended for riders who do not wear helmets. 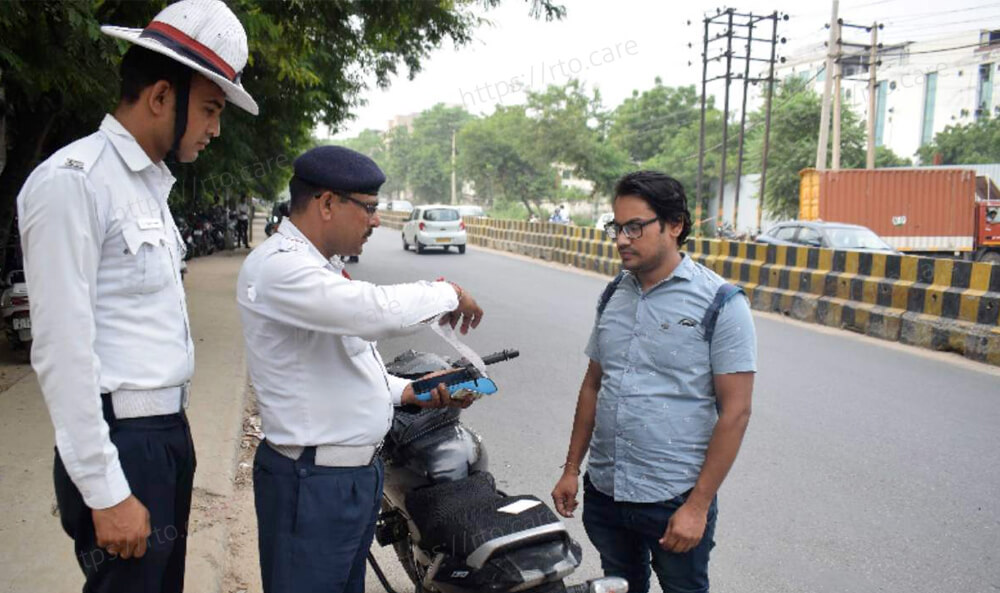 New traffic rule: Scooter riders should exercise caution since they risk fines even if they wear helmets. International Road Federation asks the government to remove the GST surcharge on helmets. Going to the RTO in Indore? Don't forget to wear a helmet. "No helmet, No fuel" Order is destroyed at the fuel pumps. New traffic rule: Scooter riders should exercise caution since they risk fines even if they wear helmets.

If you do not wear a helmet while driving a motorcycle, scooter, then under rule 194D MVA, a challan of Rs 100 is deducted from you.

International Road Federation asks the government to remove the GST surcharge on helmets.

In a letter to the finance minister, former president of the International Road Federation (IRF) K K Kapila stated that road accidents are a global threat and that India accounts for around 11% of all fatalities due to this preventable cause.

Going to the RTO in Indore? Don't forget to wear a helmet.

Officials require all staff to wear helmets when operating two-wheelers, and even forbid visitors from entering the site without them.

"No helmet, No fuel" Order is destroyed at the fuel pumps.

Inspector Pradeep Pandey, who is in charge of the gas station, they had not yet gotten the instruction from the Police Training and Research Institute (PTRI) regarding supplying helmetless bikers.

Top World Health Organization (WHO) officials claim that road traffic accidents kill more than 1.3 million people annually, or more than two people every minute, with nine out of ten of these fatalities taking place in low- and middle-income nations.