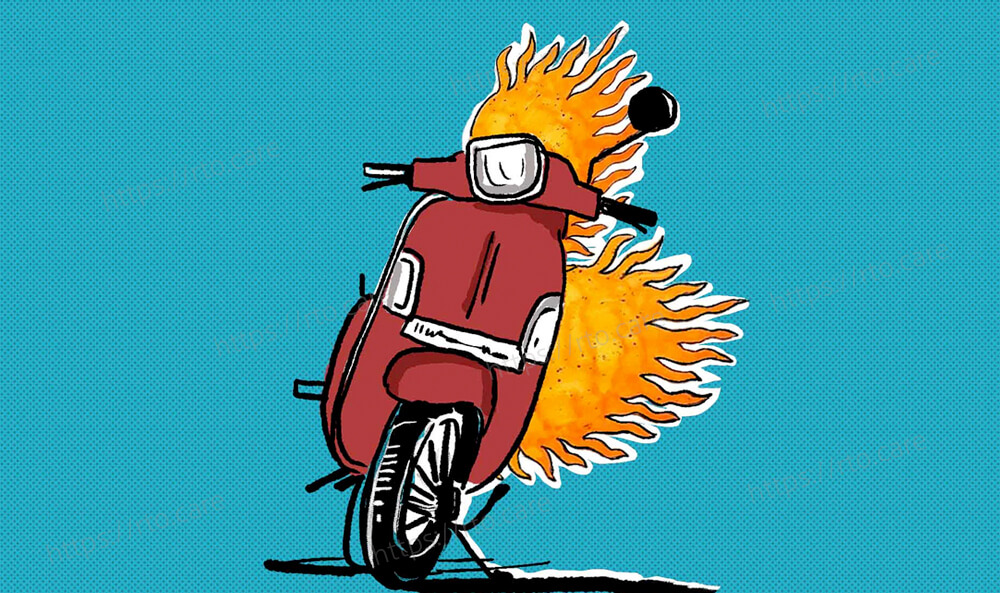 The Union Transport Ministry has directed all two-wheeler Electric Vehicle (EV) producers not to release new models until the inquiry into the several cases of EVs catching fire is completed.

At a meeting on Monday to review the e-scooter fires that have been recorded around the country, the ministry expressed the same to the manufacturers, an official said.

Electric two-wheeler manufacturers were also instructed to voluntarily recall the whole batch of cars if one of the vehicles in the batch caught fire. According to the person stated above, the majority of An original equipment manufacturers (OEMs) have already begun this procedure.

The government has also warned OEMs who did not have any cars implicated in the aforementioned fire incidents and has directed them to take remedial actions on the sold vehicles. It has long been assumed that cases of EVs catching fire are caused by overheated Lithium-ion batteries. However, that is not the sole cause behind it. After a spate of fires were recorded throughout the country, Union Transport Minister Nitin Gadkari instructed electric vehicle manufacturers to recall defective two-wheelers last week.

Gadkari threatened EV producers in a series of tweets, stating, "If any (EV) business is found irresponsible in their operations, a hefty penalty will be applied, and a recall of all faulty cars will be enforced."

We will issue the required orders on the defaulting corporations based on the reports. We will shortly announce quality-focused recommendations for electric vehicles, he stated.

In addition to Okinawa and PureEV, Ola Electric recalled a few batches of their e-scooters. According to reports, the decision was made based on suggestions from investigators looking into previous fire accidents involving its EVs.

Furthermore, there have been several incidences of scooter malfunction, which have resulted in injury to the users.