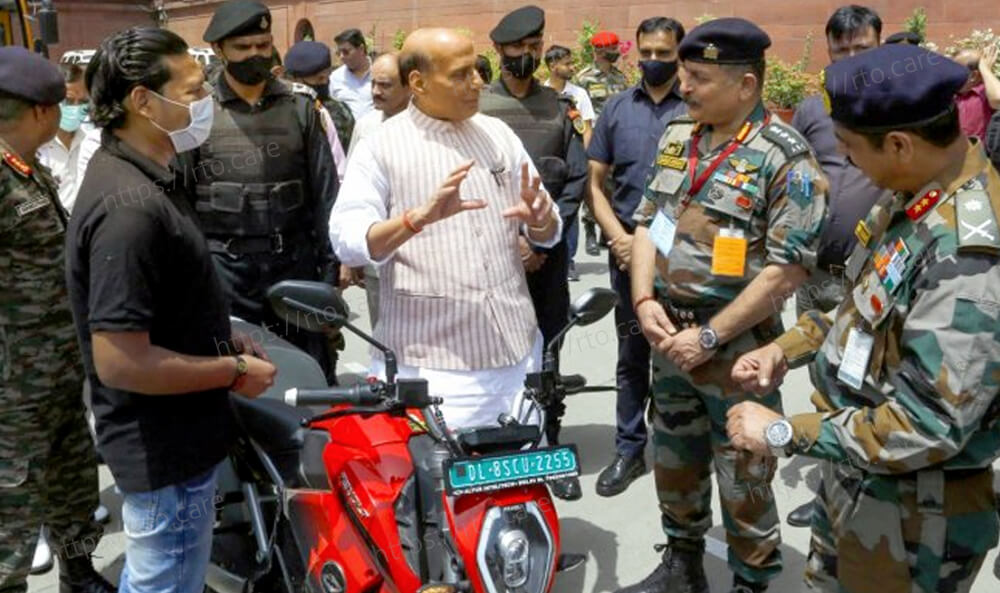 Representatives from Tata Motors, Perfect Metal Industries, and Revolt Motors displayed their Electric Vehicles (EVs) and informed Singh on the advancements in technology and range of operation made over the last five years, according to a release from the Defense Ministry.

During the protest, Singh praised the Indian Army's initiative to introduce EVs and lessen reliance on fossil fuels.

One of the primary agenda topics of the current Army Commander's Conference, which concluded here on Friday, was the introduction of electric vehicles.

Gen Naravane had previously convened a Board of Officers, presided by by Lieutenant general Manoj Kumar Singh Yadav, director general of supply and transport, to develop a timetable for the adoption of EVs in the Indian Army.

On Friday, Lt Gen Yadav informed Gen Naravane, Army Commanders, and senior commanders on the board's recommendations as well as the timeline for the deployment of electric vehicles. The intention is to acquire such vehicles in three categories: automobiles, buses, and motorbikes.

The Union government created the Faster Adoption and Manufacturing of Electric and Hybrid Vehicles in India (FAME) initiative in 2015 to encourage the manufacturing of electric and hybrid vehicle technologies and assure its long-term growth.

Over the last seven years, there has been a clear drive to include more and more electric cars into government agencies. The government initiative aided in the construction of infrastructure required for the expansion of electric automobiles.

With India aiming for 30% EV market penetration by 2030, the government has delicensed the building of EV charging stations to encourage EV adoption.

As of June 2021, there were 38 firms selling 102 EV models (31 e-two wheelers, 63 three wheelers, and eight four wheelers) that qualified for Faster Adoption and Manufacturing of Electric and Hybrid Vehicles in India (FAME) India advantages.