The Delhi auto-taxi crisis is still ongoing due to the increase in gasoline prices. 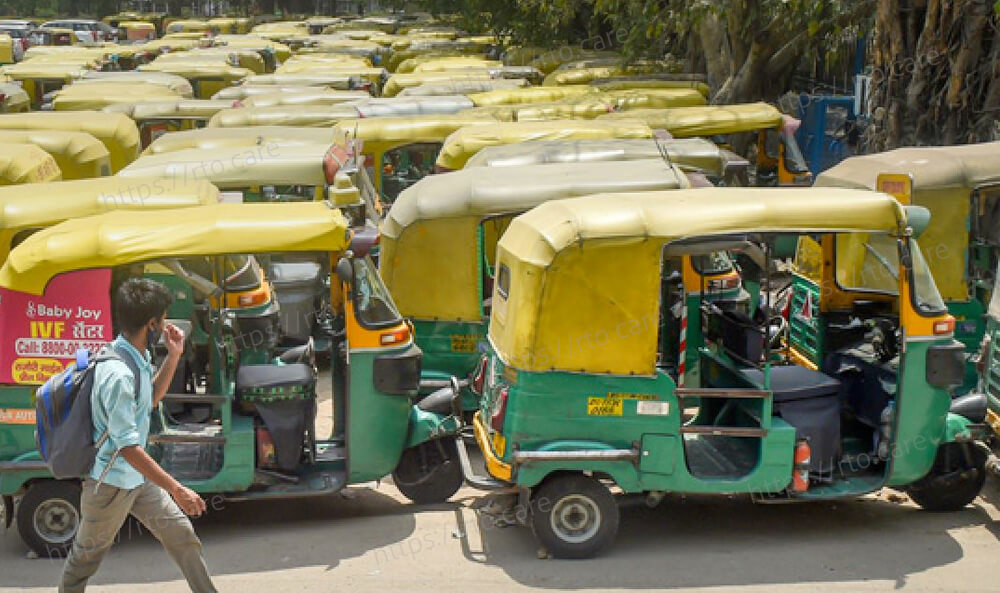 The autorickshaw and taxi union's strike in the national capital continues, leaving commuters stranded in the blazing heat. While daily commuters are suffering, auto and taxi drivers allege their finances are in disarray as a result of the increase in fuel, diesel, and Compressed Natural Gas (CNG) costs in Delhi.

According to Rahul Lal, a member of the Global Association for Corporate Services (GACS), office workers are the ones who suffer every day owing to a shortage of public transportation.

Every day, office workers suffer as a result of a dearth of taxis and autorickshaws on the roadways. Meanwhile, vendors working for a Multi-National Corporations (MNCs) have raised the prices of their automobiles. Corporates are now suffering the brunt of the expense of rising fuel prices, He stated.

The autorickshaw and taxi drivers, on the other hand, blame the government for not changing the charges. Ram Babu, an autorickshaw driver in central Delhi who lives with his family in rented housing, said that his resources are insufficient to keep him operating autorickshaws.

"I have to look after my parents and a young kid. I am unable to save enough money because to the sharp increase in CNG costs. Every month, our finances deteriorate. If the Delhi government fails to raise the fee on our autorickshaws to match fuel prices, I believe we would look for another way to make money ", Babu said.

I've been in Delhi for the past ten years, travelling all the way from Bihar in search of a brighter future. Everything was going swimmingly, and I was pleased with my profits. I had intended to purchase certain household equipment to assist my wife in her daily chorus. However, the surge in gasoline prices has brought life to a halt, He stated.

Taxi drivers are also suffering the brunt of the cost with zero savings.

Chandra Bhan of Etawah, painted a picture of extreme suffering, saying, "I've returned my family to the village to keep them out of harm's way. I shall likewise pack up and return to my village as soon as I have cleared all of my challans. It's wedding season there, and I'm sure I'll be able to find some employment to at least cover my An Equated Monthly Instalment (EMI)".

I recently sold another automobile (a Maruti Dzire). I was paying the driver Rs 16,000 at the time. But, because I couldn't afford to pay the EMI for two cars and the driver's income, I had to sell my Dzire at a cheap price. I used to drive cabs largely at night, but the atmosphere in Delhi is so dangerous that I felt uneasy driving in the city, so I started driving during the day, He continued.

I have to warn you about the impending disaster, since vegetable prices will break all previous records. People are feeling the heat of rising vegetable prices right now, but the real spike will come in the coming months. Vegetable output in my community has been reduced to half of what it once was. This is due to the extreme heat. Only a decent monsoon can bring some relief, He went on to say.